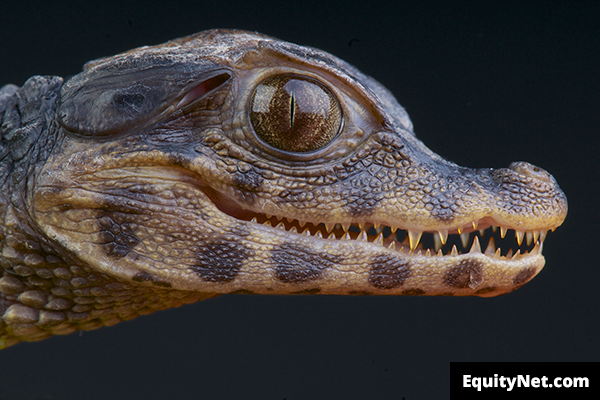 While a good portion of us here in the states spent last week in a collective food coma, Australian zoologist, Adam Britton, launched a crowdfunding campaign to continue research on one of Paul Hogan’s lesser-known adversaries – the pygmy crocodile.

Pygmy crocs, as their name implies, are the smaller cousins to Australia’s freshwater crocodiles, growing no longer than five feet in length. They were first discovered back in the mid-80’s and have only been found in two locations, Liverpool River in Arnhem Land and Bullo River near the Western Australian border. Over the past few years, Britton and his partner have recorded a 70 percent drop in the pygmy population due to their appetite for cane toads.

The cane toad was introduced back in the 30’s to curb beetle populations, but like most other non-native species introduced into an ecosystem to alleviate agricultural problems, has since become an invasive species and has wreaked havoc on the continent’s biodiversity. As it turns out, they’re incredibly toxic and kill most animals that decide to eat them.

Britton kicked off his campaign last Monday and hopes to raise A$11,500 by December 14. Funds raised will be used primarily for transport, DNA analysis, and data collection for an upcoming field trip to the Bullo River. Britton hopes to assess how the crocs have adapted to the presence of the cane toads and if human intervention will be required to save the species as their total population is estimated to be in the low hundreds. So far, the campaign has managed to raise A$ 4,575 from 56 supporters.

Britton said that the decision to crowdfund the trip was, “a bit of an experiment to see how it works.” He went on to say, “The amount of funding available from the Government has dramatically reduced in the past few years. These kinds of projects, which have a lot to tell us but don’t have direct applications, are the things that tend to fall off the radar.”