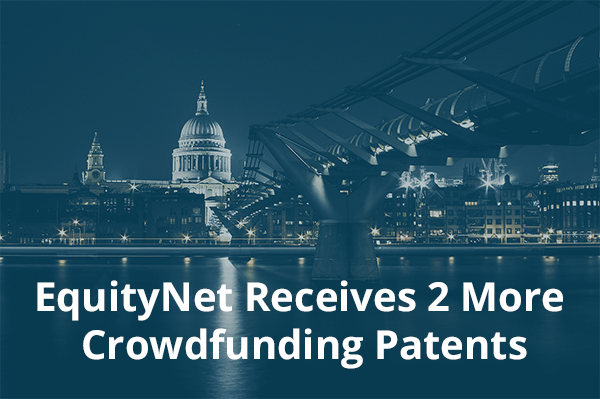 EquityNet has announced receiving two more patents from the U.S. Patent and Trade Office. The patents surround crowdfunding and represent the company’s fourth and fifth crowdfunding patents. Patent number 8,793,170 is titled “Electronic Enterprise Capital Marketplace Apparatus and Method” and patent number 8,793,171 is titled “Electronic System for Analyzing the Risk of an Enterprise.” Some of the earlier crowdfunding related patents were awarded prior to the actual term “crowdfunding” being widely utilized.

Recently attempts to patent crowdfunding made news when it was noted that Gust, another funding platform, had tried to patent the crowdfunding process. The supreme court recently raised the bar to awarding patents as noted in the “Alice” decision.

EquityNet’s founder/CEO and inventor of the patents, Judd Hollas, commented on the additional patents awarded to his company;

“These additional patent grants give EquityNet what is undoubtedly the broadest patent portfolio in the crowdfunding industry. We are proud to have pioneered and patented many of the most advanced crowdfunding technologies that will enable the industry to achieve its full potential for entrepreneurs, investors, and the economy.”

Patent number 8,793,170 titled “Electronic Enterprise Capital Marketplace Apparatus and Method” describes a crowdfunding platform in which privately-held businesses can raise equity, debt, and other forms of investment capital from individual investors and investment groups. It specifically claims a dynamic process for businesses to characterize their investment opportunities and a customizable system for investors to filter, rank, and screen those businesses and their investment opportunities. Through forty pages of detailed diagrams and descriptions, patent number 8,793,170 characterizes nearly every element required to create a highly scalable and efficient capital e-marketplace for crowdfunding and for other embodiments such as secondary marketplaces.

Patent number 8,793,171 titled “Electronic System for Analyzing the Risk of an Enterprise” describes an automated web-based system that enables the quantification of risk for privately-held businesses. It specifically claims a dynamic process for businesses to characterize themselves and a customizable computational engine that utilizes statistical reference information to quantify the risk of any business. Patent number 8,793,171 provides the crowdfunding industry and private business domain in general a far more advanced and effective means of estimating business risk than metrics such as beta used in the public markets. It provides the ability to estimate more useful metrics of risk such as the probability of business failure and to breakdown business risk into its subcomponents such as management risk and liquidity risk.

This article was originally published in Crowdfund Insider by JD Alois. 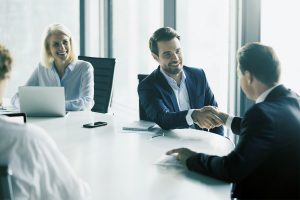 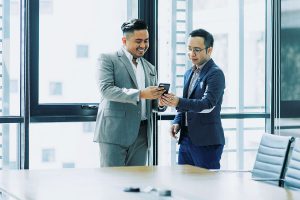 How to Invest in Pre-IPOs & How They Work