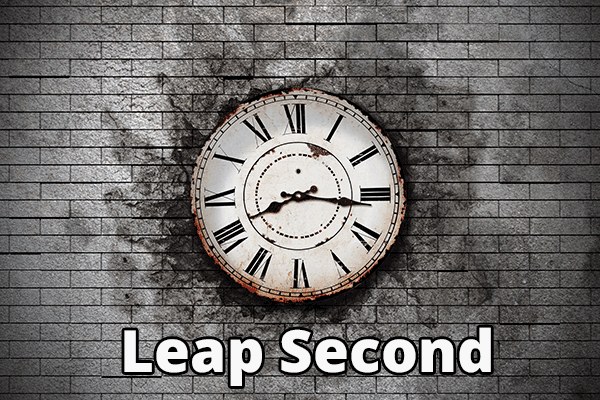 Tomorrow at 8pm, we’re adding an extra second to the day. Over the past 200 years, the length of a day has increased by two milliseconds, which is all well and good, but the insane accuracy of the atomic clocks we’ve been using since 1967 doesn’t account for that, so we’ve had to add leap seconds 25 times since 1972. Tomorrow, however, is the first time a leap second will be added during trading hours since markets went electronic.

Naturally, this has some experts concerned with estimates that around 10 percent of large scale computer networks will experience issues that stem from the added second. It happened to Reddit, Mozilla, and Qantas Airways back in 2012. To account for any issues that could occur tomorrow, evening trading will close five minutes early – Nasdaq will stop trading at 7:48 EST, and shut down at 7:55. Any data transmitted five minutes before and after the second will be held for another five minutes. Trading in Asia and Australia will start one second after the leap, but they also plan to smear the leap over the course of two hours by splitting it up into 7,200 pieces.

According to the Financial Information Forum and World Federation of Exchanges, in one second, 1.4 million order messages sent to U.S. equity-trading venues, $4.6 in stocks are traded around the world, and $3.7 billion in of stocks change hands at the bell in Korea, Japan and Australia. Couple these staggering numbers with the expiration of Greece’s bailout, and tomorrow could prove to be a very interesting day.