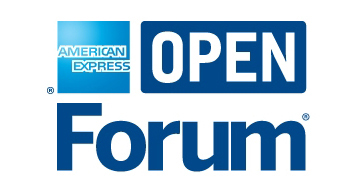 Below is an article by AMEX Open Forum entitled “How Business Financing Will Change Forever On September 23”.

New rules called for by the JOBS Act promise to open financing floodgates for small firms.

SEPTEMBER 16, 2013 Business owners can advertise products, services, job openings, hours of operation, addresses and, if comes to it, going-out-of-business sales. What they haven’t been able to do, at least since the days of the Great Depression, is advertise that they’re looking for investors to finance growth. That’s about to change.

On September 23, the 80-year-old ban on advertising to investors set forth by the Securities Act of 1933 will go away, as called for in last year’s JOBS Act. What this means is that startups and other small businesses will now be able to publicly solicit investors for funds to grow.

The change could be particularly significant for businesses that are having trouble getting financing through banks, but don’t need enough money to interest angel and venture capitalists, who are typically looking for multimillion-dollar deals.

“This is a paradigm change for those who need $50,000 or $100,000 or $200,000,” says Judd Hollas, founder and CEO of EquityNet, a Fayetteville, Arkansas-based business plan software and equity crowdfunding platform. Hollas says companies operating in low-tech service and manufacturing fields, which also tend to be overlooked by venture and angel backers, may be prime beneficiaries.

That’s what the JOBS Act was supposed to do: Make it easier for entrepreneurs to get money to expand their operations, product lines and markets, and hire more employees. Hollas anticipates that it will work as planned. Many studies of business failure cite lack of adequate capital as the leading cause of failure, he notes. “If you can open up capital for business, you can address the number-one cause of failure,” he says.

Details of The Change

Of course, it won’t be quite as simple as phoning in an ad to your local newspaper and watching the money pour in. The JOBS Act ordered the Securities and Exchange Commission to remove the advertising ban only for the offerings that employ a Rule 506 exemption. This exemption lets fundraisers seek investors without having to go through the lengthy, expensive and complex process of registering securities. It has been a useful tool for helping small companies seek investments.

However, Rule 506 fundraisers haven’t until now been able advertise the investment opportunity to the public. Instead, they could only contact potential investors with whom they have preexisting relationships. That has significantly limited most companies’ ability to raise funds. And that’s what’s going to change.

It’s not clear where these advertisements will appear. Hollas says the first are likely to be presented through special-purpose sites like his.

Another change is tighter restrictions on who investors can be. Until now, up to 35 of the investors could be “non-accredited,” meaning they did not have either $200,000 in income or $1 million in net worth.

The September 23 change requires that all investors be accredited. And it requires firms to verify that investors are accredited before accepting funds. Hollas says verification could consist of a W-2 earnings form or a statement from an attorney that an investor meets the requirements.

To get the Rule 506 exemption, firms don’t have to file any forms with the SEC until after they have accepted funds from investors. Then it’s just a short form consisting of information identifying the firm. But they do have to meet some requirements, such as giving investors disclosure documents including financial statements and being available to answer questions.

Fraud and Other Issues

The change could be huge, but there are pitfalls and many new paths that have to be mapped out.

For instance, fraud could be an issue. “All this new volume of activity is certainly going to lead to some investors losing money and there will be a certain level of fraud,” Hollas says. “It’s unavoidable.”

However, regulators can be expected to keep a close eye on advertising of Rule 506 offerings. And Hollas says the industry will be self-policing to an extent. For instance, crowdfunding sites like his will help entrepreneurs and investors with access to information on best practices and networking.

He also says software tools are likely to be available that will automatically scan company data and investigate information such as educational claims and criminal background checks of founders. “I’m highly confident it’s going to relegate to a minimum,” Hollas says.

And it’s not likely that this change will solve every small company’s financing problems. The companies most likely to be funded will be growing, profitable and able to show investors how they can ultimately sell their stakes at a profit, such as through an acquisition or public offering. Hollas says it’s not likely to help businesses with microfinancing needs of less than $50,000.

But those with financing needs not addressed on September 23 can look forward to additional changes to business finance in the future. The current move is the first major implementation of the loosening called for by the JOBS Act. The next big change will specifically address crowdfunding. “Your guess is a good as mine when that will adopted by the SEC,” Hollas says.

This Post was first shown in AMEX Open Forum