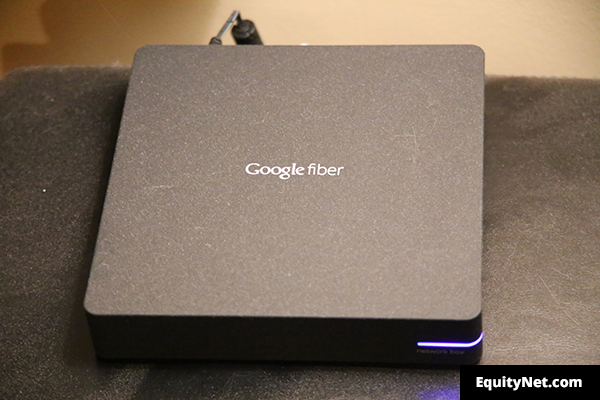 Google announced yesterday that Chicago and Los Angeles could be two of the next cities to receive their 1 Gbit/s Internet service. The announcement comes just one day after AT&T stated they are introducing their own gigabit-speed service, GigaPower, to the L.A. metro area. While the announcement doesn’t mean the two cities will actually get Fiber, Google will start working with local governments to see if it’s wanted and will help facilitate.

Fiber was first launched in Kansas City back in 2010 and has since expanded to Provo and Austin, with six other cities (San Antonio, Salt Lake City, Nashville, Atlanta, Charlotte, and Raleigh-Durham) in queue to receive the service. For $130 a month, customers can get extraordinarily fast internet and TV along with three terabytes of storage.

Jill Szuchmacher, Google Fiber’s director of expansion, said it was still too early to determine how and where the company hopes to roll out its service – this is “just the beginning of the conversation,” as she put it. Fiber has traditionally been introduced one neighborhood at a time and only when there’s significant demand. Communities must follow Google’s checklist that evaluates factors like infrastructure and topography to qualify for the service.

Google made the announcement on its official Fiber blog. From the post:

“In Chicago, fiber Internet will help bolster a fast-growing startup scene by fueling incubators like 1871, venture capital funds like Chicago Ventures and hundreds of small businesses. With the help of the city’s leadership, Internet speeds can help attract more tech talent and add to the 40,000 tech jobs that exist across the Windy City. In L.A., faster Internet may mean that indie musicians and YouTube stars can spend less time worrying about bandwidth, and more time creating their next project. The same goes for SoCal techies; just last month, L.A. TechWeek brought thousands together to discuss how tech can push the limits of fashion, healthcare and more. Whether it’s filmmaking or entrepreneurship or more abundant bandwidth at home, Chicago and L.A. are the perfect cities to show us what’s possible with gigabit Internet.”

However Google wants to word it, Fiber seems to be welcomed by many consumers as an alternative to what the major cable companies have to offer. If L.A. and Chicago do get the service, perhaps it can open the doors to other older, more established cities like Boston, New Orleans, or NYC. We just hope we don’t have to wait a decade before we see it in our area.