As Donald Trump takes center stage tomorrow, the uncertainty around the impact his presidency will have is widespread. Here are a few potential impacts of the Trump presidency on small and medium businesses (SMBs) in the first 100 days.

Investor exit from the Public Market

Small-cap stocks have been the main beneficiary of investment funds as tracked by percentage returns. With such a swift run-up of small-cap stock prices, investors may look to cash-out at these lofty levels. This could signal a wider trend of cashing out on the broader based public market and Investors turning their heads to the private market. 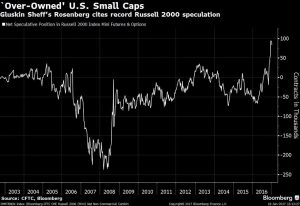 The Trump transition team promised to dismantle Dodd-Frank, which was put in place to regulate Wall Street banks. Researcher’s at Harvard’s Kennedy School of Government wrote in the New York Times that the Dodd-Frank Act has diminished small bank lending capacity, stunting growth potential of SMB’s in the U.S. If Trump follows through on his pledge, the removal of banking compliance requirements could level the playing field for community banks over time.

Many manufacturers, distributors, and energy companies will benefit if Trump follows through on his pledge to increase spending on infrastructure. As business demand increases, the perceived risk of investing in small and medium businesses (SMBs) will decrease. Savvy investors will put the wind at their back and invest in the companies positioned to benefit from spending on infrastructure.

How the Trump white house Impacts Small and Medium Businesses

SMB’s may face headwinds while seeking out traditional sources of funding. In 2015, community banks accounted for just 22 percent of outstanding bank loans, but accounted for over half of small business loans. Even if the Dodd-Frank Act is dismantled, community banks may not recover quickly enough to meet increased capital demand from SMBs.  On the other hand, big banks are often not keen on investing in SMBs without relying on guaranteed loans from the Small Business Administration (SBA). Unfortunately, a Republican Congress may vote against increased funding for the SBA loan program.

If deregulation and infrastructure investment improve business for SMBs, investors will be smart to capitalize on the opportunity in the private market. EquityNet Investors, private equity firms, and venture capitalists are poised to see an inflow of great investment opportunities from America’s heartland.